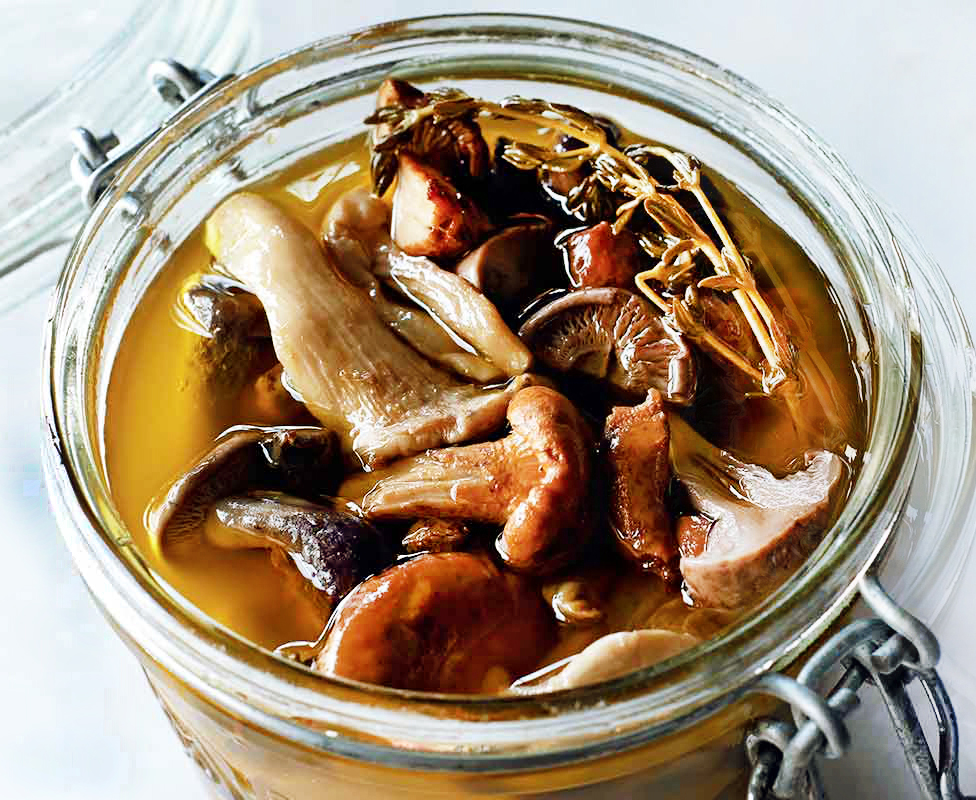 When cèpes (or porcini) and chanterelles are in season it’s a great idea to pickle and preserve some in oil for use later in the year.  They are delicious as part of an antipasti plate or simply eaten with crusty bread to soak up the delicious oil.

Gently brush the earth and leaves off the mushrooms, slice then place them in a large saucepan. Sprinkle with salt and pour over a mixture of half white vinegar / half water. Simmer for about 5-10 minutes.  Drain the mushrooms then spread on a clean tea towel to dry.
They should be dry but still pliable – the length of time will depend on your kitchen environment but usually 24 hours is enough.
Now layer the mushrooms in jars, adding a few black peppercorns, fennel or coriander seeds, and tucking in a few sprigs of thyme, bay leaves and dried chillies here and there.  Pour over some good quality Extra Virgin Olive Oil, press down well to release any air pockets, then seal the jars. Now place the jars as in the previous recipe for Caponata, on a tea towel in a large saucepan.  Pour in water to halfway up the jars and simmer for 10 minutes, then carefully remove the jars and allow to cool.  They will keep for a few months. 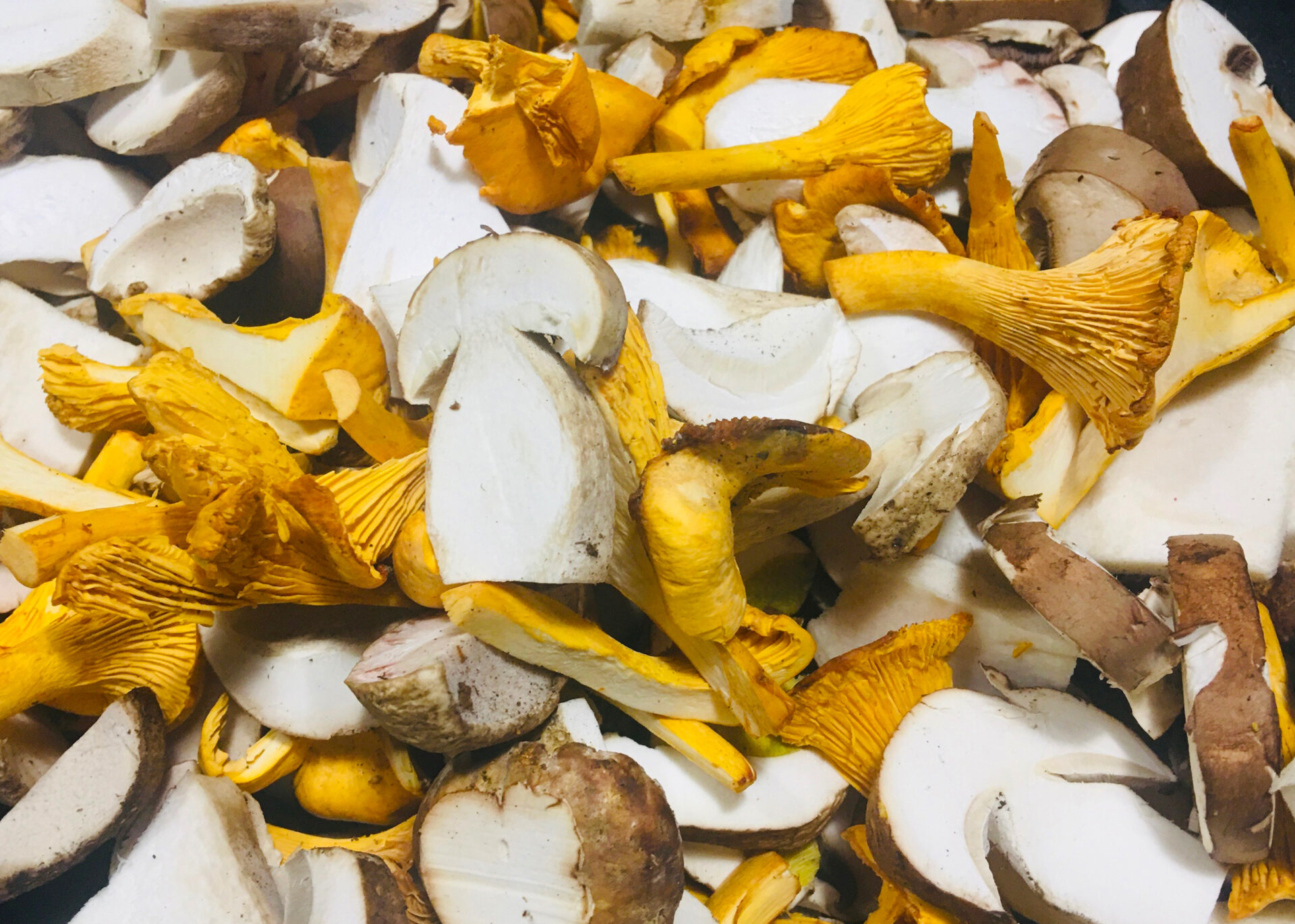 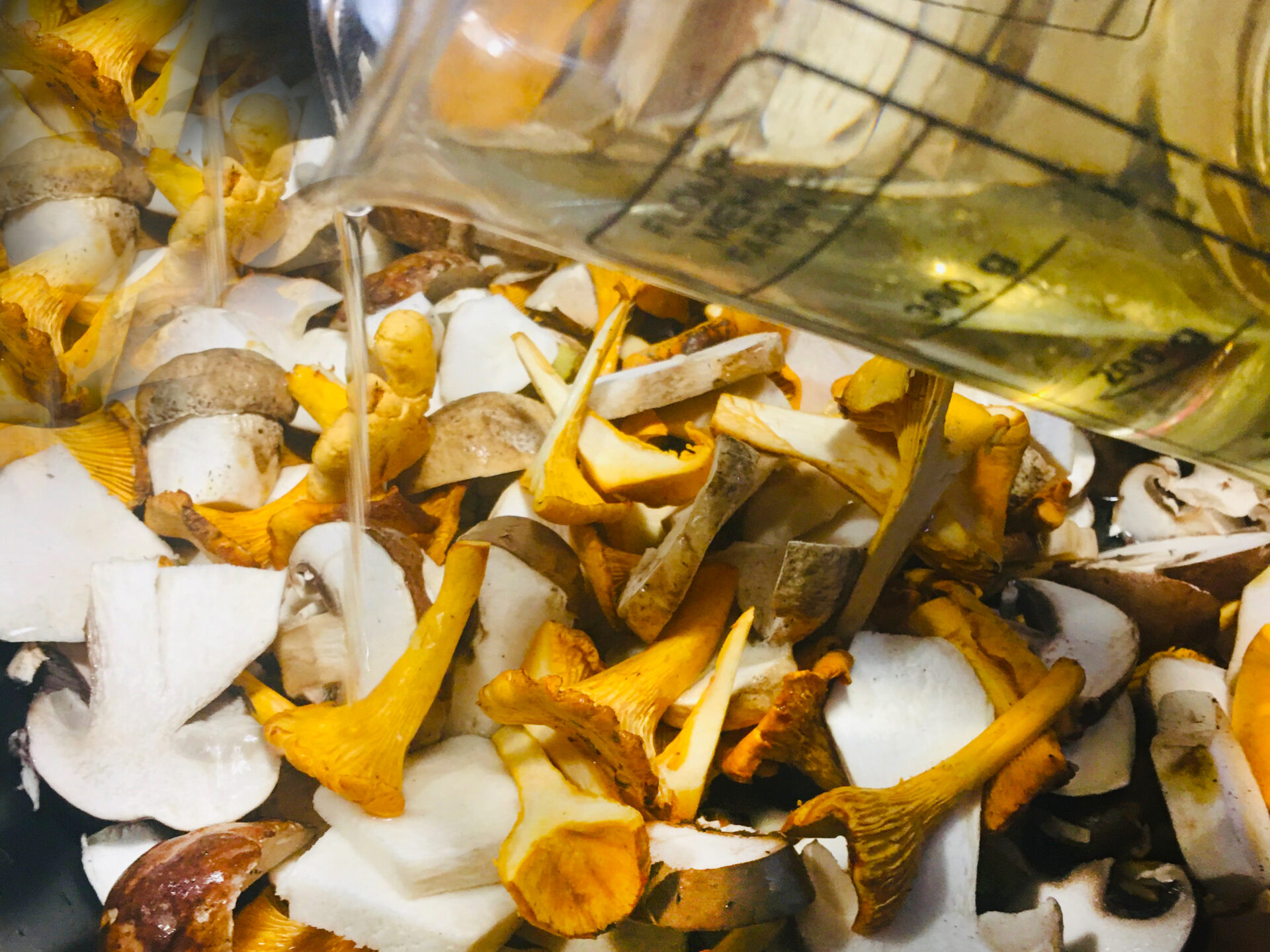 Pouring over the salted vinegar/water solution 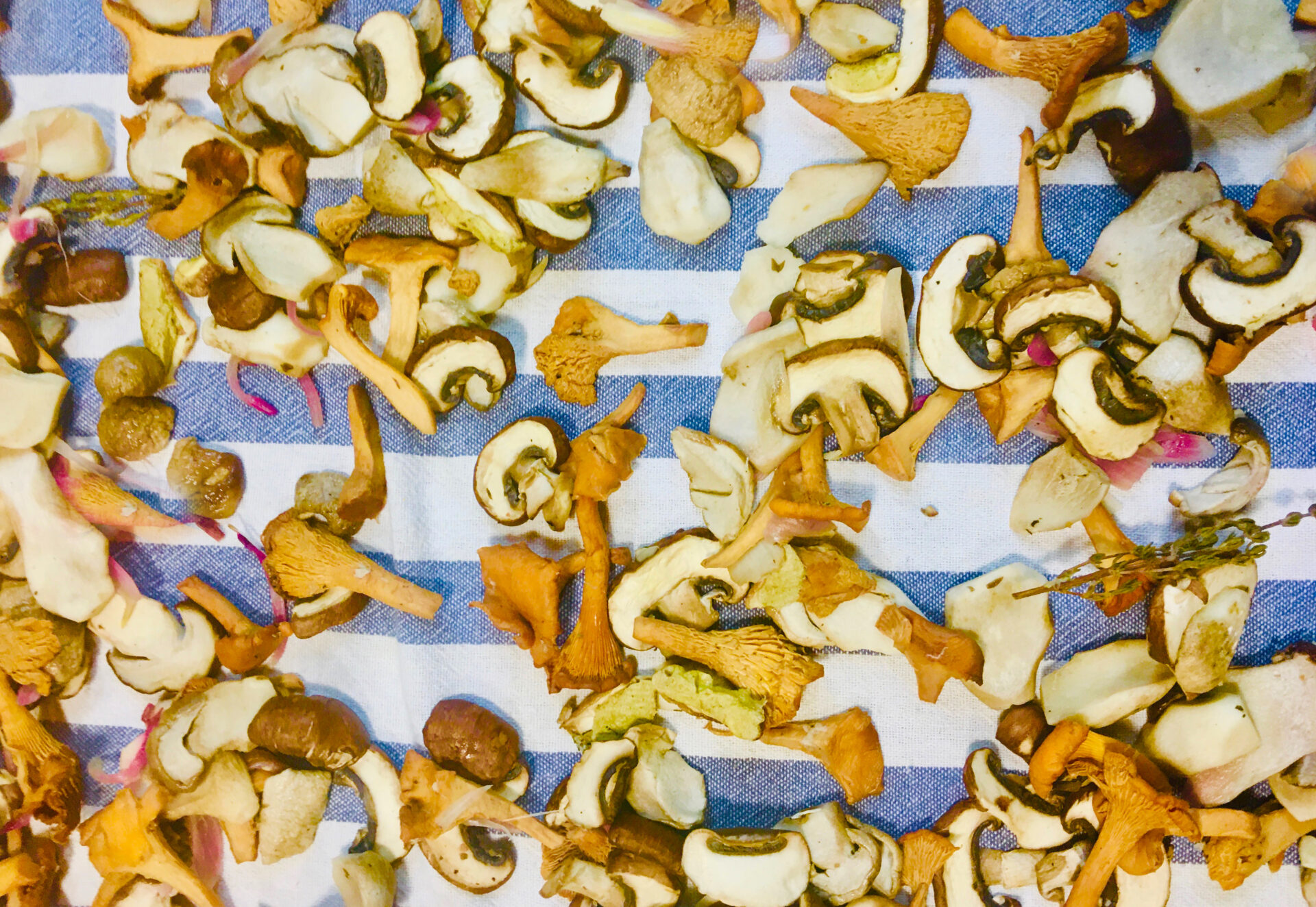 Drying the drained mushrooms on a tea towel 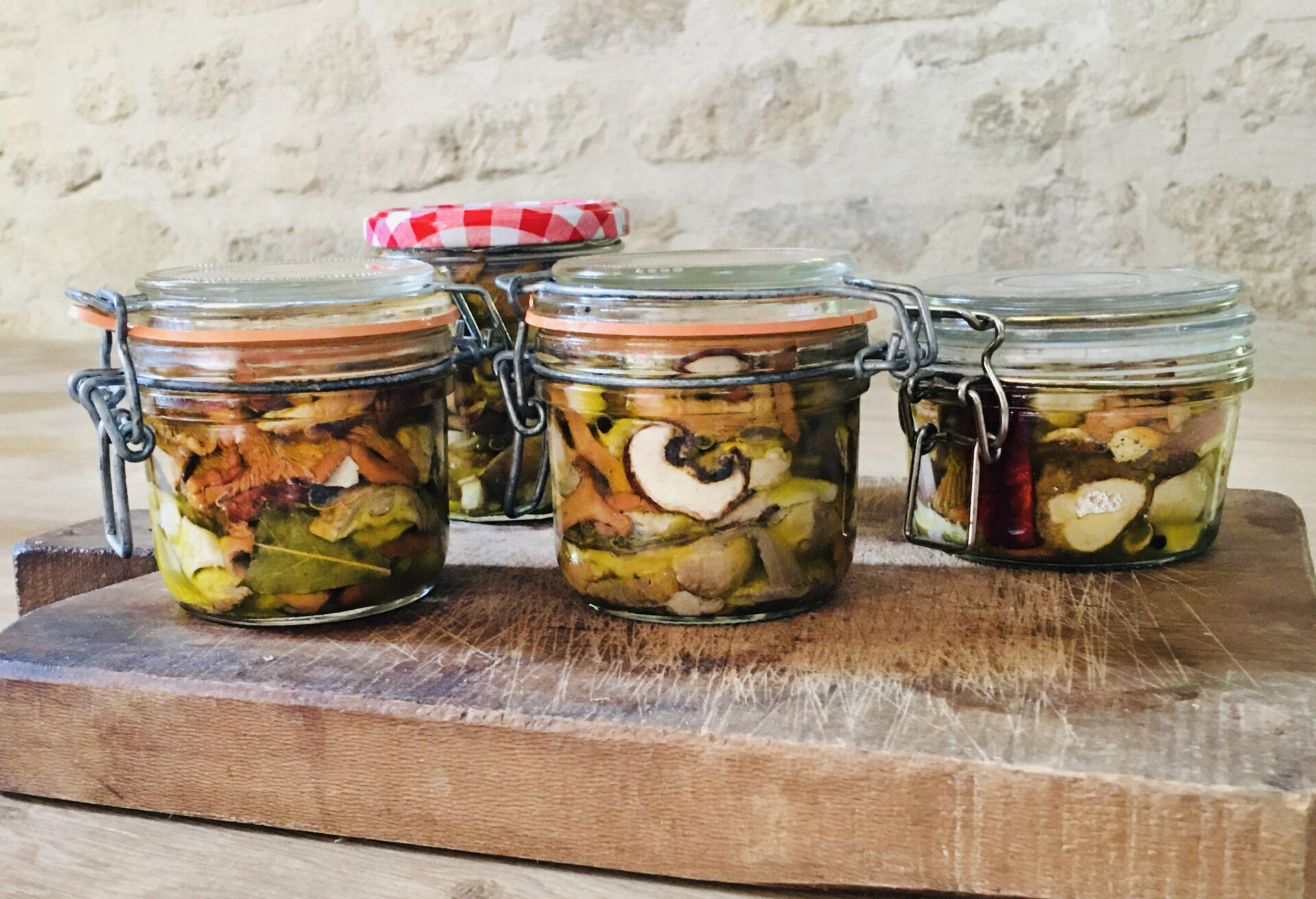 Mushrooms in jars with oil 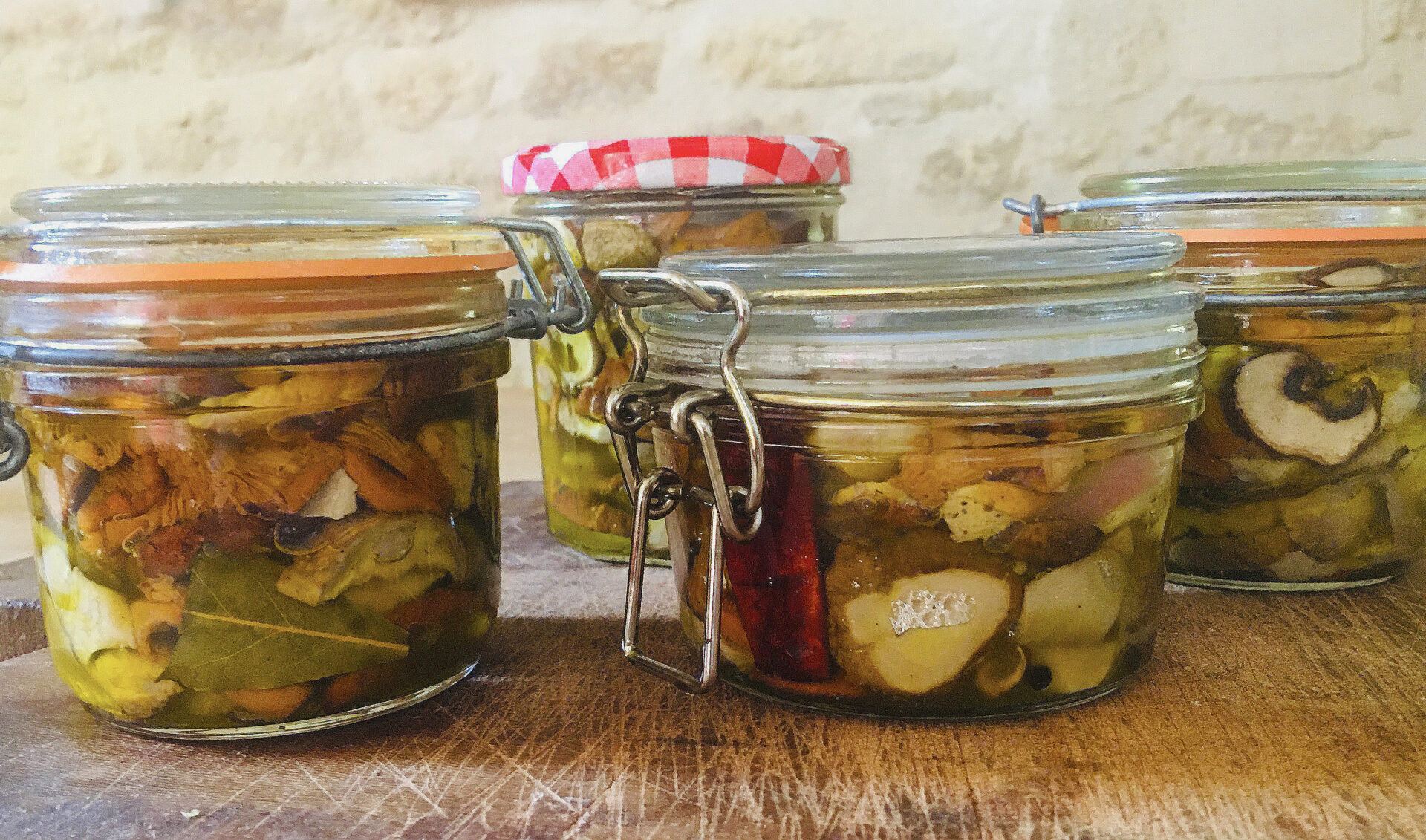 The jars after having been simmered in water