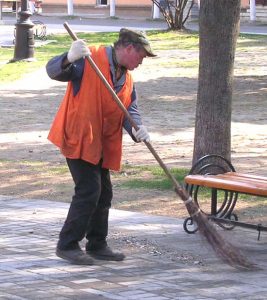 Monsieur J had a good job.
He walked to work.
Never had to get up too early.
And his work was not stressful – meaning that there was plenty of time for a chat or a cigarette between each flamboyant sweep of autumn leaves…
There were the less relaxing jobs like tidying and replanting the communal flowerbeds in spring of course, but he could cope with those – just about.

And on the first Thursday of each month he had to drive a pick-up to collect old televisions, broken chairs and other unwanted things people put on their doorsteps. Naturally he also gave a helping hand setting up the tables in the salle de fetes for the frequent communal village meals.

But besides this he had only one other responsibility – that of driving the community hearse whenever someone had died.

Life treated him well. He was never hungry and never had to rush.  He liked his job and he was liked as a person.   So why did he lose his job?
Well, it all happened out of the blue.
Unexpected, unintentional and unrehearsed.
He was to collect the coffin from the home of the deceased, put it in the hearse and drive to the church..

There he was to wait until after the service, when he was to drive the coffin, now covered in flowers, at a slow walking pace to the cemetery.  Since the cemetery was a mere 300 meters from the church, the mourners would walk behind the vehicle.

The sad but dignified procession had not gone more than 50 meters when suddenly, without any warning, the car engine roared and the hearse shot forward at a terrifying speed. With that the coffin slid slowly out of the hearse and landed on the ground while the car sped forward.  Bowed heads raised to watch the car come to a screeching halt 20 metres further while the driver jumped out and disappeared in front of the car, leaving everyone else shocked and dazed in the middle of the road staring at the coffin. 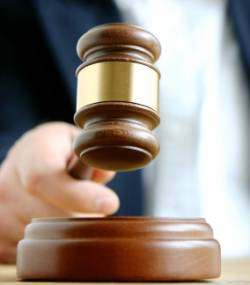 “Well your Honour” Monsieur J  later declared,  “it was like this”.

“Right there in front of me eyes, I saw this hare popping out from between the vines… he looked at me and I looked at him as he prepared to cross the road…

And milord, for a second, all I could see was him, all plump and succulent and covered in fragrant sauce, in the pot on my stove.  Not having a gun with me, it was the only way to get him”.

And that was the end of his job. 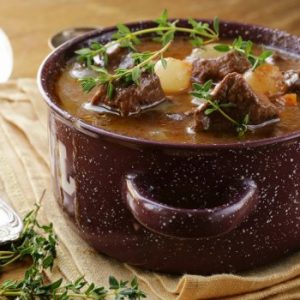